The 7 Superfoods and Its Health Benefits 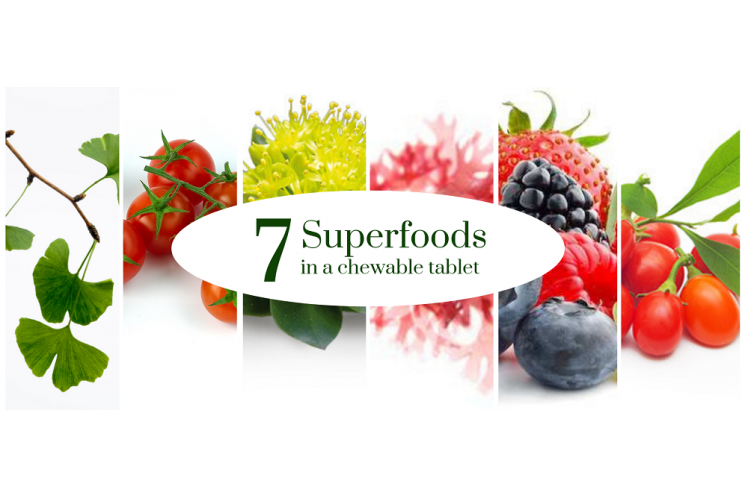 As professionals who are always busy, do a lot of thinking, on the go and most of the time could not achieve the full daily nutrients required a day from our plates, we need a smart and simple food that’s dense with nutrients to support our cognitive functions and stay good looking (who doesn’t want to?). These needs gave birth to our first product Berries and Ginkgo Plus chewable tablets. Yeah, it was formulated for us, or at least someone like us who runs companies or work as a scientist and yet don’t have time to take multiple supplements every day and want to feed their brain and skin needs with good nutrition.

We take pride in the carefully chosen ingredients in our Berries and Ginkgo Plus Chewable Tablets. They are plant-based, natural, no sugar added and they are superfoods. We are a firm believer in nature’s healing power. However, we don’t believe in myths! So we carefully study which plants that have been clinically tested and have shown positive results in delivering the benefits that we wanted. The finalists are ginkgo biloba extract, blueberries extract, goji berries extract, raspberries extract, astaxanthin (sourced from red algae), tomatoes extract and rhodiola rosea powder. Here is why:

Ginkgo biloba is an ancient tree. It is thought to be one of the oldest living trees, dating back to more than 200 million years. Ginkgo trees can live as long as a thousand years. Ginkgo has been studied for decades in France, Germany, and China. And although Chinese herbal medicine has used both the dried ginkgo leaf and seed for thousands of years, today the focus in clinical studies is on the effectiveness of standardized ginkgo biloba liquid extract made from the plant’s dried green leaves. Doctors started to use it because they thought it improved blood flow to the brain, but more recent studies indicate that it may protect nerve cells from damage in Alzheimer's.

Ginkgo leaf (taken by mouth) has a long track record in treating conditions that seem to be due to reduced blood flow in the brain. These conditions include memory loss, dizziness, difficulty concentrating, and mood disturbances. Previous clinical studies has shown effectiveness in protect and enhance cognitive functions, fight anxiety, help treats migraines, improve sleep quality and may improves the symptom of dementia and Alzheimer.

2. Blueberries for its high antioxidants and proven human studies in improving thinking and reducing depression.

Oxidative stress can accelerate your brain's aging process, negatively affecting brain function. According to animal studies, the antioxidants in blueberries may affect areas of your brain that are essential for intelligence. They appear to benefit aging neurons, leading to improvements in cell signaling. Anthocyanin-rich blueberry treatments have shown positive effects on cognition in both animals and human adults. In human studies:

3. Rhodiola rosea for its adaptogen properties

Rhodiola rosea (R. rosea), also known as “golden root”. Rhodiola is native to the arctic regions of Europe, Asia, and Alaska. It has a long history of use as a medicinal plant in Iceland, Sweden, France, Russia, and Greece. It is an adaptogenic herb with tremendous fat-burning, energy-enhancing, and brain-boosting power. Adaptogens including rhodiola are a group of plants that can help your body adapt to physical, chemical, and environmental stress. Rhodiola is one of the most effective in this family, due to containing active compounds like rosoavin that have the ability to help balance the stress hormone, cortisol. The Russians have studied rhodiola benefits extensively over the past 70 years, mostly for improving work performance and endurance while fighting insomnia, fatigue, anxiety and depression. It has also been used to cleanse the body, fight cancer and help treat tuberculosis.

Rhodiola has been proven to have at least four major health benefits. The top rhodiola uses include:

Our body is always exposed to free radicals. Free radicals and other ROS are derived either from normal essential metabolic processes in the human body or from external sources such as exposure to X-rays, ozone, cigarette smoking, air pollutants, and industrial chemicals. Free radicals are unstable molecules formed as part of the body's normal metabolic processes when the cells use oxygen to produce energy. They are unstable because they are missing an electron. Once the free radicals form, they attempt to become stable by attaching to electrons from other molecules, causing those molecules to become unstable in turn. This sparks a chain reaction that can cause major cell damage and lead to life-threatening diseases.

Antioxidants stop this process because they don't become unstable when a free radical steals one of their electrons. Instead, they act as a built-in repair system, bringing stability to instability. You can think of them as the body's natural protection against the aging and disease processes caused by free radicals.

A balance between free radicals and antioxidants is necessary for proper physiological function. If free radicals overwhelm the body's ability to regulate them, a condition known as oxidative stress ensues. Free radicals thus adversely alter lipids, proteins, and DNA and trigger a number of human diseases. Hence application of the external source of antioxidants can assist in coping this oxidative stress. Synthetic antioxidants such as butylated hydroxytoluene and butylated hydroxyanisole have recently been reported to be dangerous for human health. Thus, the search for effective, nontoxic natural compounds with antioxidative activity has been intensified in recent years. The present review provides a brief overview of oxidative stress-mediated cellular damages and the role of dietary antioxidants as functional foods in the management of human diseases.

It is an antioxidant. It is a reddish pigment that belongs to a group of chemicals called carotenoids. It occurs naturally in certain algae and causes the pink or red color in salmon, trout, lobster, shrimp, and other seafood. The commercial production of this pigment has traditionally been performed by chemical synthesis, but the microalga Haematococcus pluvialis appears to be the most promising source for its industrial biological production.

Due to its collective diverse functions in skin biology, there is mounting evidence that astaxanthin possesses various health benefits and important nutraceutical applications in the field of dermatology. Although still debated, a range of potential mechanisms through which astaxanthin might exert its benefits on skin homeostasis has been proposed, including photoprotective, antioxidant, and anti-inflammatory effects.

Thus, the formation of ROS is a pivotal mechanism leading to skin aging. Oxidant events of skin aging involve damage to DNA, the inflammatory response, reduced production of antioxidants, and the generation of matrix metalloproteinases (MMPs) that degrade collagen and elastin in the dermal skin layer. There are many dietary or exogenous sources that act as antioxidants, including polyphenols and carotenoids. Astaxanthin has a powerful antioxidant activity and its unique molecular and biochemical messenger properties with implications in treating and preventing skin disease. Comparative studies examining the photoprotective effects of carotenoids have demonstrated that astaxanthin is a superior antioxidant, having greater antioxidant capacity than canthaxanthin and β-carotene in human dermal fibroblasts.

Clinical studies have shown many health benefits of using asthaxantin. This includes:

Berries are high in fiber which could help normal digestive function. It also contains vitamin C and other antioxidants. A study by the Department of Food Science, Cornell University, USA showed pomegranate and berries (wild blueberry, blackberry, raspberry, and blueberry) had the highest cellular antioxidant activities when compared to other fruits.

Tomatoes contain an antioxidant called Lycopene. The antioxidant properties protect against skin damage, free radicals, and aging. Other benefits of lycopene as proven in studies are: 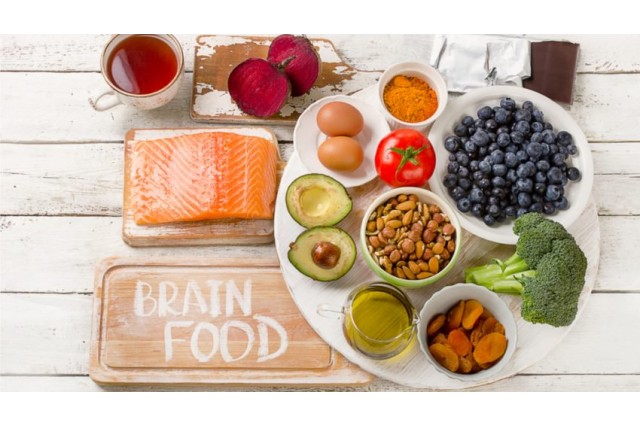